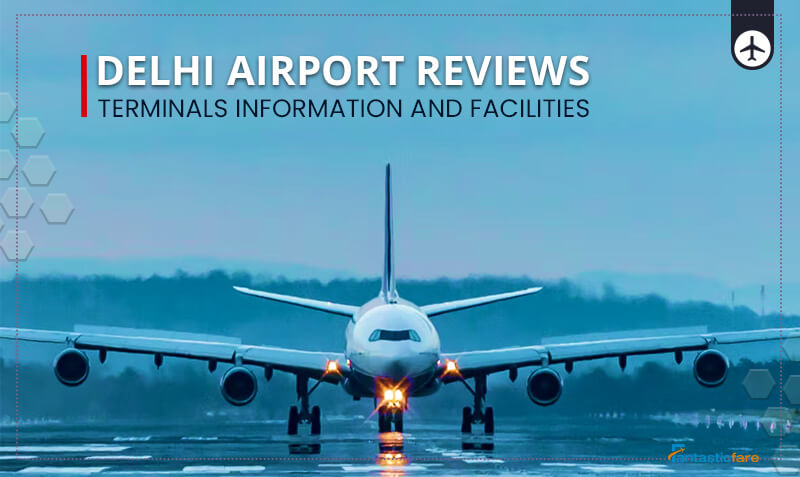 IGI Airport (Indira Gandhi International Airport) is located in Palam, 15 km southwest of New Delhi railway station and 16 km from New Delhi City Centre. It was named after the 1st Women Prime Minister of India. It is the primary aviation hub in Delhi that is spread over an area of 5,106 acres. This airport can support more than 40 million passengers in a year. Non-stop flights to Delhi are easily available by many top airlines for travelers to India.

It is a fact that a happy journey begins with an exceptional airport experience. Thus you need to be familiar with the facilities and experience of people in the airports. This is why you need to check the reviews of customers for each airport so you can book flights to a specific airport without any worry.

Check out the remarkable services & facilities

This terminal is dedicated to domestic and low-cost carriers which include GoAir, IndiGo, and SpiceJet. Furthermore, there are plans to enhance its annual passenger handling capacity from 18 million to 30 million by the end of this year. This terminal is divided into different parts named Terminal 1-A (closed now), Terminal 1-C (domestic arrivals), and Terminal 1-D (domestic departure).

Built at a cost of $950 million this terminal was opened in 1986. This terminal was used for international flights but then it became the temporary host of low-cost carriers of Terminal 1. Now it is used in the case of special operations only.

This two-tier building is spread over an area of 20 acres in the main terminal of Delhi Airport. The base floor is for arrivals and the upper one is for departure. There are 168 check-in counters, 78 aerobridges at 48 contact stands, 54 parking bays, and 95 immigration counters. This terminal is also responsible for operating full-service domestic and joint venture airlines.

There are Information Kiosks available for assistance in all terminals at this airport.

At the airport, there are several power outlets and mobile charging machines for the convenience of the passengers.

Guardian Pharmacies are located throughout the terminals and all are open 24 hours. Additionally, for any last-minute medications, passengers can visit Apollo Pharmacy. Location: Terminal 3, International Departures

There is Duty-free shopping available in T3 International arrivals and departures areas. Other than this there are a variety of shops available and some of them are 24/7 open.

There is a 24 hours open luggage room where Domestic and International passengers can store luggage for up to 30 days. Charges are applicable as per the size of the bag. You need to show them a valid passport or photo ID. Location: T3, airport connect building (Metro station)

At IGI airport inter-terminal transportation is provided. There is a free shuttle service available for the passengers. For those who need to travel to fro from the airport there are various facilities available at the airport as mentioned below:

At Delhi Airport, travelers are provided a complimentary bus that shuttles between terminals every 20 minutes. Even for a seamless experience for the passengers, signages are also placed right after the baggage checkpoints.

After the passenger gets free from baggage checks, they can easily reach the shuttles by following the signages.

Each person has to present identification documents to the officials for your onward journey. After seeing the documents the officials will then provide you with the coupon for the complimentary transit bus.

There are two metro lines serving the airport. These are two Metro lines that serve the Airport; Orange Line and Magenta Line. After every 10-15 minutes it serves in between the terminals.

Metro station stops at the Delhi Airport are

Passengers can also take cabs or taxis to transit in between the terminals. It is only a distance of 8 km between Terminal 1 and Terminal 3.

Q - Currently how many terminals are there at Indira Gandhi International Airport?

A- There are three terminals working currently in the Indira Gandhi International Airport.

Q -Which is the best terminal at Delhi airport?

A-Opened in 2010, Terminal 3 is the best with the ability to handle 40 million passengers per year.

Q -How early should I arrive at the airport before my flight?

A-If you are a domestic passenger then it is advised to arrive 90 minutes before the departure and in the case of international flights; you need to arrive 3 hours before their departure.

Q -Where can I park my car if heading to Delhi International airport?

A-There is a multi-level paid parking garage located at all three terminals. Rates vary as per the timing. 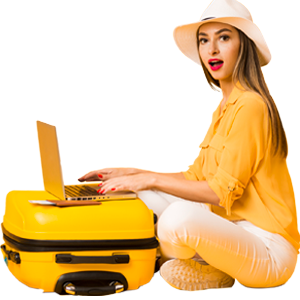